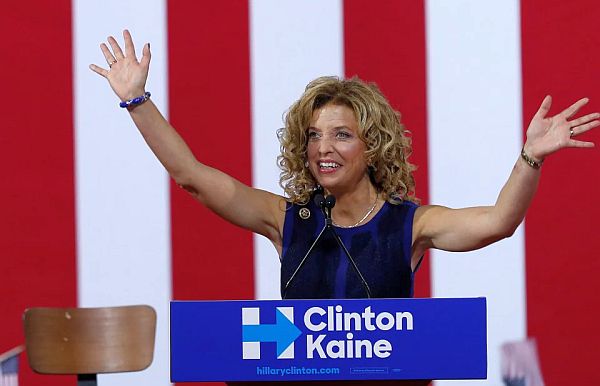 Cuz Everybody Would Go To Jail

Debbie Wasserman Schultz was chair of the DNC when Russiagate began. It was Debbie who hired Perkins Coe to conduct what would evolve into the Russiagate conspiracy.

Rep. Debbie Wasserman Schultz, the former head of the Democratic National Committee, did not tell the DNC’s own officers about a breach on its servers for more than a month after learning about it, according to then-DNC officer Donna Brazile.

Wasserman Schultz alerted the officers of the breach only when The Washington Post was about to make the revelations public. That's when the DNC enlisted the law firm of Perkins Coie for help in deciding how to handle the breach that led to an embarrassing email dump.

The timing suggests the DNC’s unusual and significant choice to have the private law firm CrowdStrike conduct the investigation into the breach, rather than turn the evidence over to law enforcement, was made without consulting DNC officers.

A June 14, 2016, article by the Post quoted “committee officials and security experts who responded to the breach” and said “DNC leaders were tipped to the hack in late April.”

“Chief executive Amy Dacey got a call from her operations chief saying that their information technology team had noticed some unusual network activity,” WaPo reported. Dacey enlisted a lawyer from Perkins Coie, who “called in” the private security firm CrowdStrike “to handle the DNC breach.”

Wasserman Schultz and 3 other senior DNC management were fired during the Philly convention, due to the outcry over their massive corruption and rigging the primaries.