FBI Raid On The Vaughns 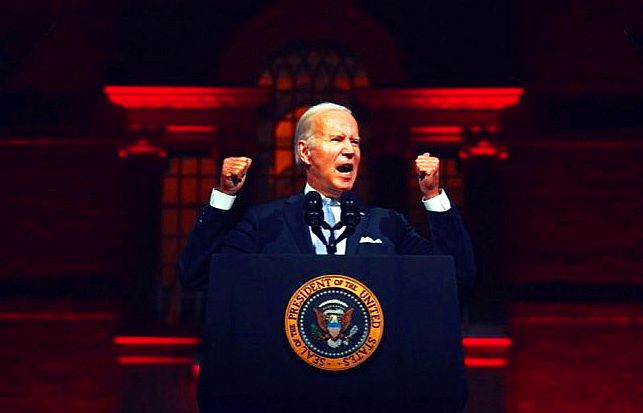 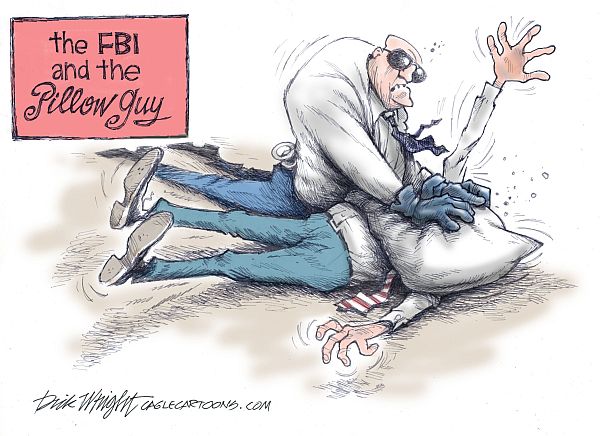 How low can Joe Biden go?

Joe Biden's Department of Justice (DoJ). and the FBI, continues to escalate their war against American citizens.

We saw the shocking raid on president Trump's home, the dozens of raids upon individuals investigating fraud in the 2020 election. We even saw the FBI arrest the "Pillow Guy's" smartphone, and now, the Feds have turned their attention to Christians who oppose abortions and the abortion industry.

At least 83 Catholic churches, 73 pregnancy resource center and pro-life organizations have been attacked since May, but the Feds have shown little interest in pursuing these aggressive and destructive actions by left-wing whackos, instead they are sending their armed SWAT teams to arrest peaceful Christians with warrants that contain bogus, trumped-up charges.

Radical groups such as Jane’s Revenge have organized and taken credit openly for their attacks -- from vandalism to verbal threats to firebombings. Activists protested for weeks outside the homes of Supreme Court justices. Protesters harassed justices’ families, neighbors, and communities. 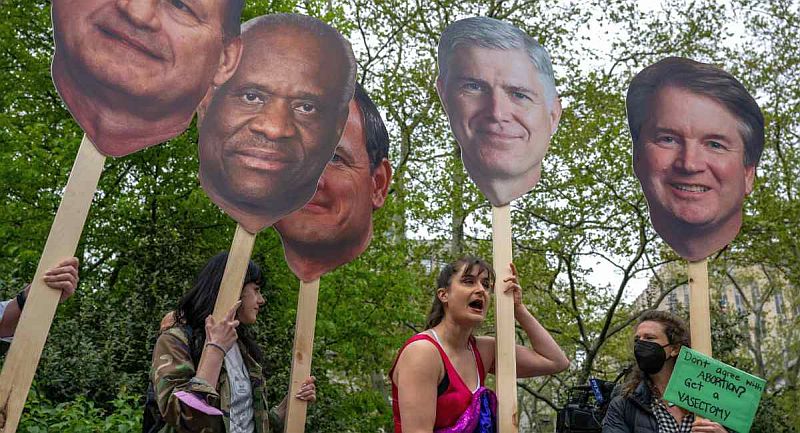 The Biden administration did nothing to stop these demonstrations, and arrest the demonstrators, even though it is a felony violation of federal law to intimidate judges. One abortion supporter even confessed to traveling from California to gun down Justice Brett Kavanaugh.

In July, a pro-life teenager in Kansas reported being assaulted by an abortion supporter while canvassing for a pro-life amendment to the state constitution. In September, an 84-year-old Michigan woman, canvassing against a pro-abortion amendment to that state’s constitution was shot in the back by an abortion supporter -- she is recovering, but the DoJ and FBI have little interest in these incidents.

After the pro-life pregnancy center James Harden runs outside Buffalo was firebombed and vandalized on June 7, Harden gave investigators video-surveillance footage of the attack, along with what he described as a “mountain of other evidence.” Three months later, the Feds have made no arrests. Harden has asked the FBI to return his footage, but the Feds have ignored him.

Tucker Carlson said, “We didn’t used to have FBI raids on the basis of alleged misdemeanors in this country. Now we do if you vote the wrong way, but at the same time the FBI is all but ignoring violence committed against people who don’t vote for Joe Biden. The people that did this, the bombers, have not been caught. Why? Because the FBI has not even bothered to investigate the fire bombing.”

Carlson continued, "now, local police and the feds took surveillance footage from the center, but they didn’t do anything with it, but they didn’t give it back to the center... the attorney for the local police told the crisis pregnancy center they can’t have their own tapes back because those tapes might inspire right-wing violence. Are you following the logic here? It’s completely insane. It’s utterly politicized law enforcement. It’s the deepest level of corruption. It’s totally unacceptable. You can’t have a country run like this.”

In the attack on CompassCare’s Amherst facility, windows were shattered, an office was burned and heavily damaged, and the words “Jane was here” were spray-painted on the side of the building.

Crickets from the DoJ, but on Oct. 7, FBI agents executed a shock-and-awe raid at the home of Paul Vaughn, pro-life activist and father of 11, who allegedly obstructed a federally mandated “access zone” at the Tennessee abortion clinic where he was protesting several months ago.

A few days earlier, the FBI raided the home of pro-life advocate Chet Gallagher and arrested him for the same offense, and a week before that, agents did the same to another pro-life protester, Mark Houck, who allegedly shoved an assailant to protect his son in an altercation that took place nearly a year ago.

In every case, the FBI terrorized the families and neighbors of these men, threatening to break down the door and enter with guns drawn at their wives and children. The initial charges against these men were misdemeanors, but the FBI has tacked on "conspiracy" charges These charges are bogus, but if convicted, they and their “co-conspirators” in the abortion clinic protests could face over a decade in prison -- 11 years in a federal prison for expressing their 1st Amendment rights. 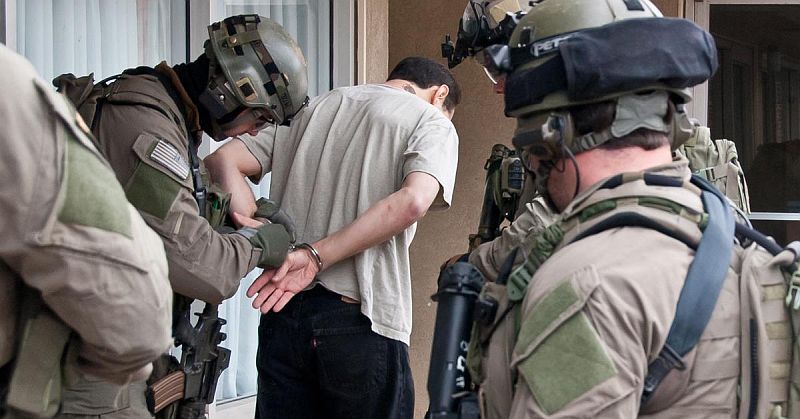 Hunter Biden, Hillary Clinton, Peter Strzok and the Big Guy are "guilty as hell, free as a bird," to quote Obama's buddy, Bill Ayers, and the FBI is conducting military-style assaults on Christians.

Joe Biden has really hit the bottom with these tactics of intimidation while completely ignoring the terrorists that attacked those 83 Catholic churches, 73 pregnancy resource center and pro-life centers. This is "Justice" under the corrupt and authoritarian Biden regime. It's unlawful. It's unAmerican and it's continuing -- and it will continue to worsen unless we end it.

In one of his many prescient speeches, a 28-year-old Abraham Lincoln warned of what happens when bad men escape justice. When “the lawless in spirit” go unpunished, he said, they are “encouraged to become lawless in practice; and having been used to no restraint, but dread punishment, they thus become absolutely unrestrained.”

Yet, that's what they are. Biden's DoJ and FBI have become unrestrained in their use of force and intimidation. Given a proper defense, these charges against these Christians would be thrown out of any fair court -- operative word, "fair," and the only way to ensure that is to throw these commie-bastard Democrats out of office in three weeks.