The Left's War On Words

Nancy Pelosi in July 2008: The “technical definition of recession” is two quarters of negative growth pic.twitter.com/JNhzNbgTXa

Democrats change the meaning of words to suit their politics

Last week we saw Merriam Webster change its definitions of the words "woman" and "female" to mean anybody that says they are a woman or a female in order to accommodate the latest leftist hallucination.

This week, the Democrats and their water-carriers in the media are redefining the long-standing definition of "recession."

Maybe it’s a recession identifying as a transition?

The traditional rule of thumb for when an economy is in a recession is a decline in gross domestic product for two consecutive quarters -- a shrinking economy for half a year.

Under previous presidents, that was not a controversial definition. In 2008, Joe Biden’s National Economic Council director, Brian Deese, wrote, “Economists have a technical definition of recession, which is two consecutive quarters of negative growth,” but it should come as no surprise that when the United States, under Joe Biden, experienced "two consecutive quarters of negative growth," the Democrats simply changed the newly designated "colloquial" definition of the word, "recession" -- just as the have for "illegal alien," "woman," and "pederast" -- to name a few. 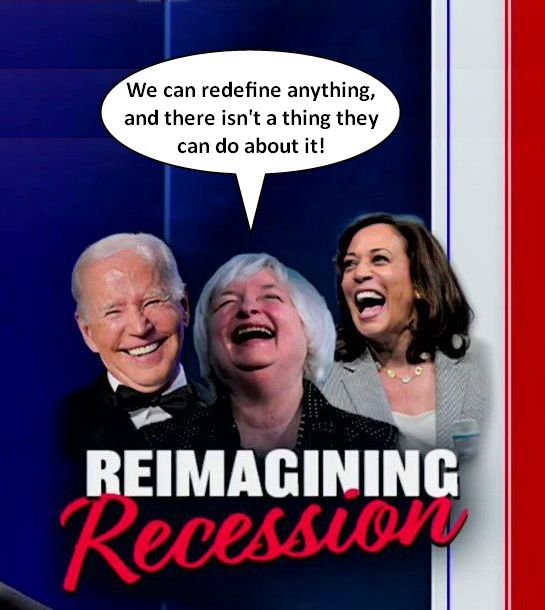 So, it should not surprise anybody, that when the second-quarter GDP number were published last Thursday, Joe Biden responded by saying, “That doesn’t sound like a recession to me.”

It’s like a three-card-monte dealer looking you in the eye and saying, “That’s not the queen.”

Team Biden's dissimulation initiated a fierce editing war over the Wikipedia page for “recession,” prompting the liberals that run Wiki to lock out anyone from making edits to the new, Democrat-approved definition, which had been changing on an hourly basis. 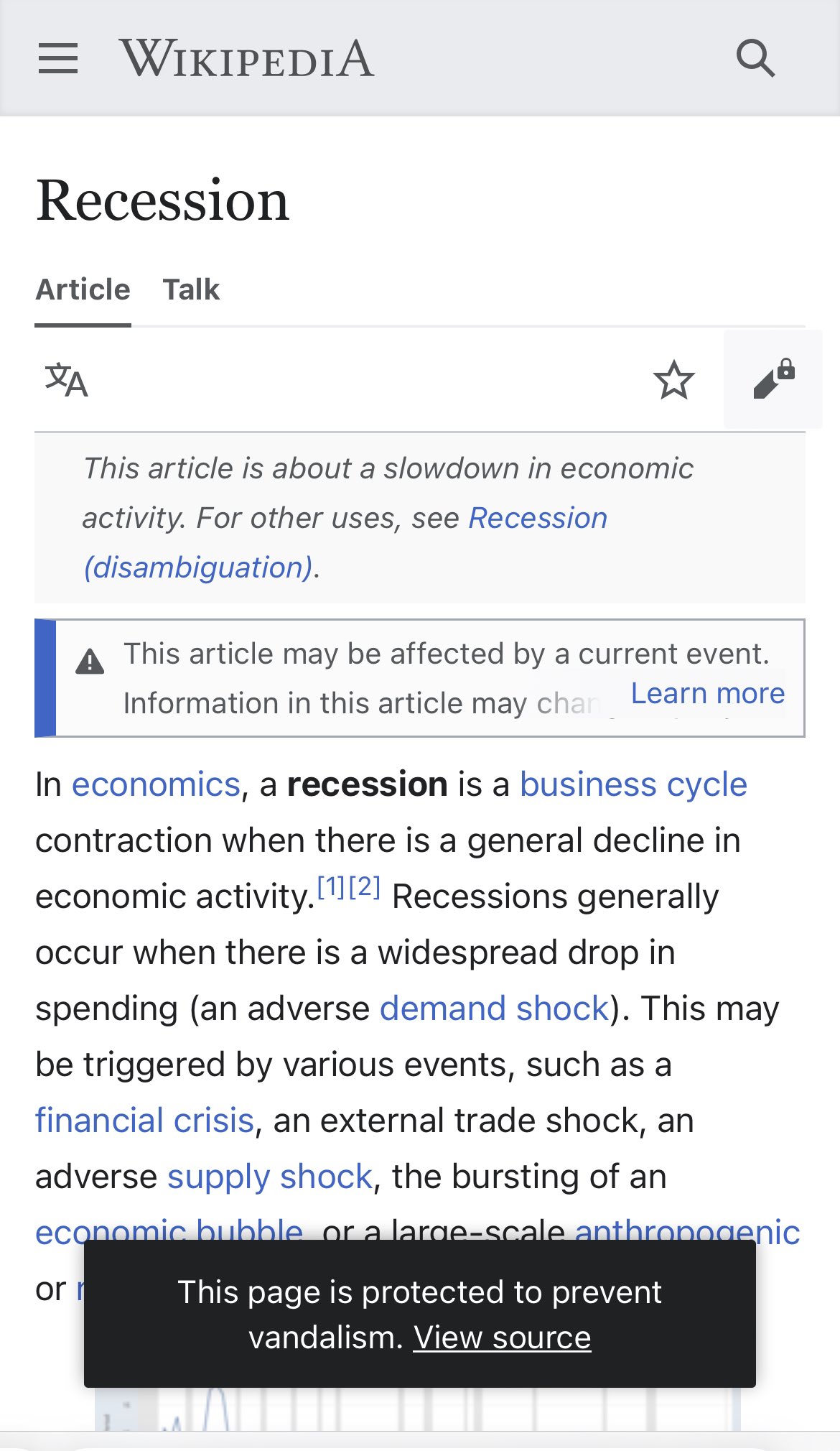 Now, the Wiki definition of a recession no longer looks like any previous definition, ever, and a lock icon now appears over the edit button, indicating that it is "protected to prevent vandalism."

Maybe it's that nuance thingy, but the Democrats are now claiming that it’s not officially a recession until the non-profit National Bureau of Economic Research (NBER) says it is, but the NBER defines a recession as “a significant decline in economic activity that is spread across the economy and lasts more than a few months.”

Excuse me, but isn't six months considered "more than a few months" anymore?

The fuzzying of "recession" is so absurd, even CNN's Jake Tapper calls bullsh!t on the Democrat's updated definition of a recession.

The Left and its allies in the media have long manipulated the meaning of words for political advantage. For instance, "illegal aliens" became "undocumented workers" in most news stories about a decade ago, but the war on words has been escalating as the Left presses to obscure Biden's war on conservatives, his Critical Race Theory and gender equity initiatives, the hunting of "white supremacists," and the reality of a Biden recession.

What the Donks are after in their "assault weapons ban" is the semi-automatic "action." The design of the mechanism that reloads a round into the firearm's chamber after each trigger pull, because it's fundamental to most sporting rifles and all semi-automatic pistols. To get their they had to lie about what an AR-15 is and invented an entirely new vocabulary to do so.

Remember, these are the people who were standing up a "disinformation bureau" a couple of months back. Yet they are the principal producers of misinformation and disinformation -- and when a lie isn't good enough, they just change the meaning of words.

The Biden regime has entered the Land of Oz where reality is turned on its head and words are flexible tools to manipulate American citizens -- and they don't care one bit that we know. 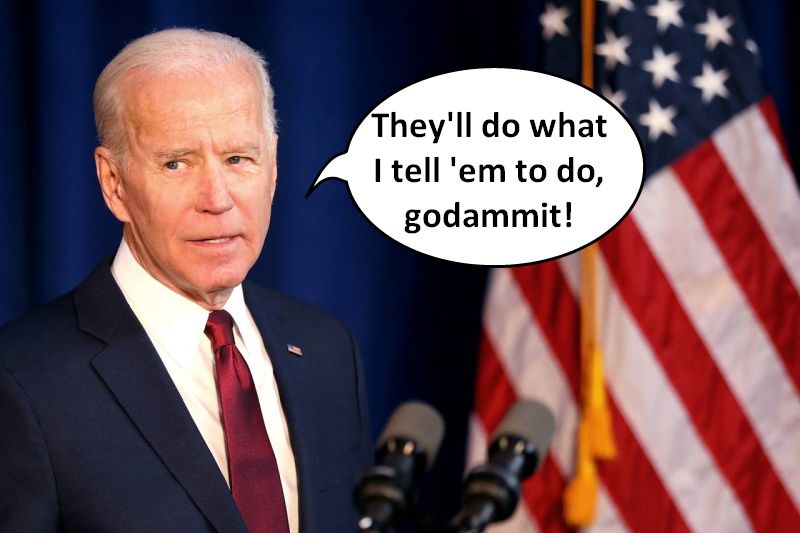 In 2020, Joe Biden boasted, “I won’t shut down the economy. I’ll shut down the virus.” Instead, Biden got the virus and sent the American economy into a recession.

What are the odds the Democrats and the media would call this recession a recession if President Trump were sitting behind the Resolute Desk?