When Will The FBI Quit? 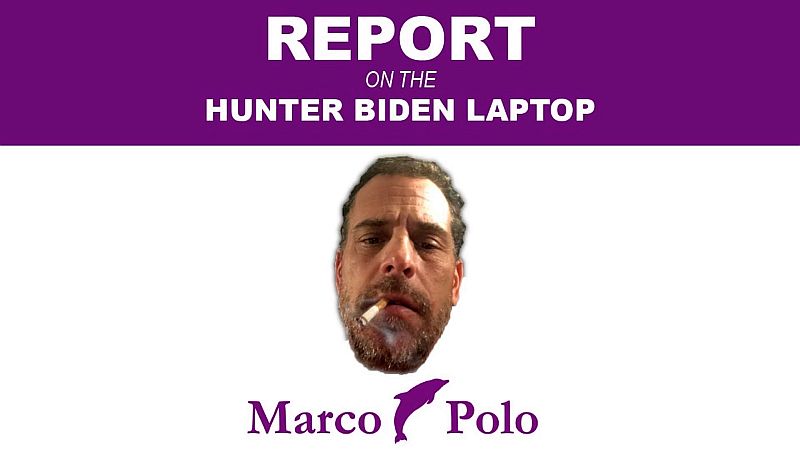 Rule #1: Always blame the other guy for doing what you're doing

Last Monday, a Washington Post article, entitled, "Investigators see ego, not money, as Trump’s motive on classified papers," quietly reported that the documents found during the FBI's raid on Mar-a-Lago were not nuclear secrets, but personal correspondence between President Trump and Chairman Kim Jong Un about the need for North Korea to chill out on all the nuclear stuff.

(Via WaPo) – Federal agents and prosecutors have come to believe former president Donald Trump’s motive for allegedly taking and keeping classified documents was largely his ego and a desire to hold on to the materials as trophies or mementos, according to people familiar with the matter.

President Trump considered these types of papers personal mementos, while the administrative state -- seeking to weaponize the DoJ/FBI for maximum political damage and narrative engineering -- considered them top secret national security documents until the election was over.

So the narrative was no longer needed, and it was dropped -- until Tuesday, when Rep. James Comer made a very public presentation, featuring an allegation that the Biden Crime Family was doing business or soliciting business in 50 countries, and he was going to nail their ass to a wall.


Well, when House Republicans used their first news conference after clinching the majority to discuss presidential son Hunter Biden and the Justice Department as a politicized law enforcement agency, that changed everything.

Hunter Biden is in deep doo-doo -- by extension, so is Hunter's father --and the problem for the White House is that the evidence of Biden family corruption is all over the place. Hunter has documented the family's corrupt dealings in magnificent detail, and as a bonus, documented his own criminal drug, firearms, hookers, and other stupid behavior.

So the way The Big Guy has chosen to handle the situation is to to get the Justice Department on Trump's case and that of anybody else that raises their head.

The first step was to establish distance. So, the White House sent KJP out to let everybody know that Joe Biden would never think to "politicize" the DoJ, and even though the attorney general reports directly to the president, they never talk about this stuff, and the president never tells the attorney general what to do -- and finishes her statement by declaring it to be "true."


Despite KJP's protestations, as if by magic, Attorney General Merrick Garland appointed a special counsel to oversee the criminal investigations into the retention of national defense information at former President Donald Trump’s Mar-a-Lago resort and "any person" that incited the January 6, 2021, insurrection ["any person" being anyone whose name is Donald J. Trump].


Joe Biden's Department of Justice, under the control of Merrick Garland, has become a political weapon. They have become unapologetic about it. They know how it looks. They know it delegitimizes the institution. They know it does fatal damage to our political system. They know you know it too.

They don't care. If you don't like it, they'll come after you too.

By appointing a special counsel to investigate Trump, AG Garland thinks he can bypass the internal DoJ rule prohibiting overt actions against a political candidate before an election, but his special counsel appointee will have to update Garland regarding his findings, and request and receive approval from Garland for his budgets. Therefore, Garland will still be directly involved in the investigation, and you can take it to the bank that he'll be updating Biden. The political conflict of the attorney general investigating his boss' presumptive 2024 opponent doesn't really go away.

And once the action has been taken, the "messaging" begins.


While the Biden regime presses its "blame the other guy" strategy, the national media spins the narrative. The "narrative" is managed via the White House Press Briefings, which we can't always count on to be accurate and truthful

Washington Post contributing columnist Gary Abernathy reacted to the announcement by the Department of Justice that a special counsel has been appointed to investigate former President Donald Trump by stating that he feels “bad for the American people,” because now, there will be “day after day of headlines and commentary and speculation and breaking news and leaks” about the investigation.


The Biden regime has conducted a campaign of intimidation and censorship since their first days in office. The regime does what it does, and the news media reports what the regime wants it to report. It's a kind of a mutualistic symbiotic relationship. They need each other to survive.

The inversion of reality here – where the truth becomes taboo, and lies the only respectable position – is what happens when a "political war" has been fought and won. Each current thing supports the next, as it is an update as to how to react to a chaotically amoral world -- and the current thing is whatever the people that control the levers of communication want you to think and the Democratic Party has them in its back pocket. 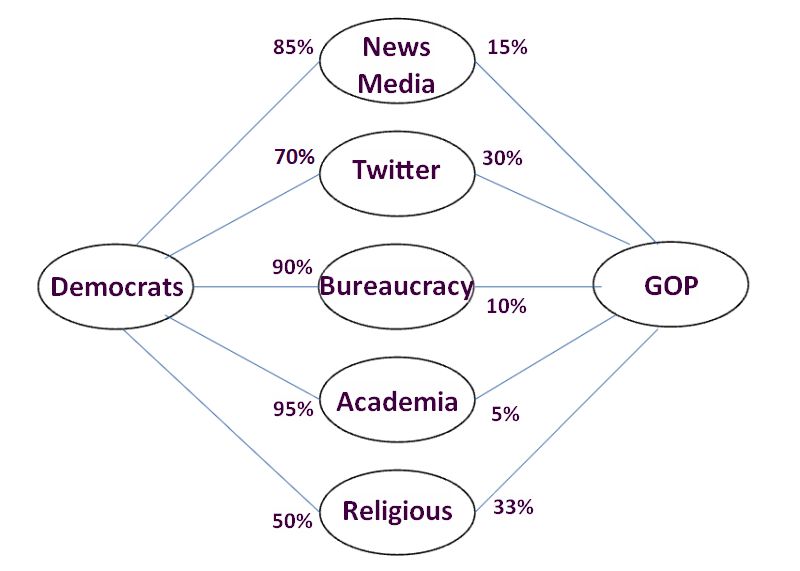 The numbers come off the Internet and are illustrative more than accurate. The numbers make the point that communication and control in America is overwhelmingly in the hands of Democrats and their allies on the Left. Oddly enough, none of these entities produce anything.

Unless a person goes out of their way to research a piece of information or an issue, Americans only see and hear what the Democratic Party wants them to see and hear. It's the way it is. This was true even during the Trump administration when the Republicans had control of both the House and the Senate. All we heard was Trump-Russia!

The Current Thing is a very powerful tool and is used by the Democrats to control their people. Top-ranking Biden administration officials colluded with those social media companies to suppress speech about the Hunter Biden laptop story, the origins of COVID-19, the efficacy of masks, and election integrity.

In the summer of 2020 the Democrats needed to create uncertainty going into the elections, so along comes George Floyd and the next thing you know America is on fire. That was managed -- from start to finish.

During the pandemic, the federal government pressured Facebook, Twitter and Google to censor users for alleged misinformation or disinformation. Then the FBI went to Facebook, warning it with great specificity to watch out for a "dump" of Russian disinformation pertaining to Hunter Biden.

It's fair to say Jan. 6 was managed. We now know for a fact, that the federal government had a multitude of reports of potential violence -- some of these reports from people planning the violence -- and did nothing to protect the Capital. Pelosi rejected Trump's offer of 10,000 troops. The feds still have no interest in Ray Epps. The Capital Police opened doors and escorted "rioters" into the Capital -- and then the Democratic Party conducts the greatest dog-and-pony show in history. A one-sided, Hollywood-style drama that was amplified by the national news media daily.

Donald Trump is the most investigated man in the history of investigations, and the DoJ has just began two more investigations -- the media is dutifully examining and reporting each and every detail of the Special Prosecutor's investigation. -- and nobody's talkin' about Hunter and his dad.

But that's the point, isn't it?