Tales Of The Gun

Why is the Secret Service sniffing around this local matter?

The Secret Service and the Biden administration are in cover-up mode for Hunter Biden. Whether its Hunter’s laptop, his business practices and travel, or the careless and unlawful disposal of a gun, this administration continues to put up unlawful roadblocks to any effort to investigate the activities of the Biden family, particularly the smartest man Joe knows, his son, Hunter.

On Tuesday, September, 13th, a federal court rejected a lawsuit, brought by blogger David Codera, seeking to force the public disclosure of federal records detailing a 2018 episode, in which a gun, belonging to Joe Biden’s son Hunter, was thrown into a trash can across the street from a high school in Wilmington, Delaware.

“The Court is not aware of any case law holding that a private citizen like Hunter Biden loses a sense of personal privacy for purposes of [a Freedom of Information Act exemption] merely by being related to a prominent public official.”

"What did you do?

On October, 23, 2018, Hallie Biden, Hunter Biden's sister-in-law, illegally, and carelessly disposed of a handgun belonging to Hunter. The bizarre episode occurred when Hallie, Hunter’s late brother Beau’s wife, who Hunter was sleeping with, found his .38-caliber handgun in his truck, and dumped it into a dumpster behind a market across the street from a high school. 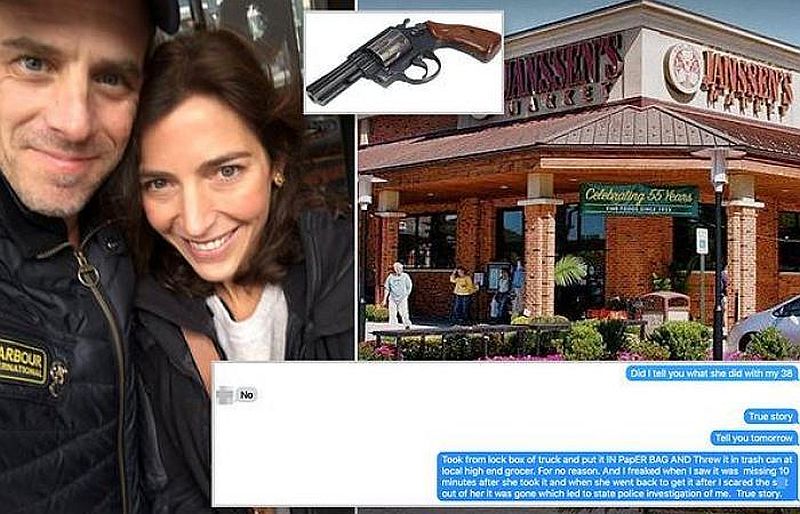 Hallie, concerned with what she did, returned to the store and found the gun missing. She told the store manager, who called the Wilmington police. The proximity of the dumpster to a local high school triggered an investigation, due to fears the gun could be used in a crime.

The police met with Hallie and Hunter at the StarQuest Shooters & Survival Supply, and as the police were questioning Hallie and Hunter, two Secret Service agents arrived and asked for the purchase records. The owner/operator refused the Secret Service demand, saying the matter was under the ATF’s jurisdiction (he later cooperated with ATF agents).

Whether Hallie Biden did the right thing or not may be debated, but her heart was in the right place. She was on to something. Hunter Biden was out of control, and going a thousand-miles-an-hour on a cocaine-fueled bender.

Naturally, no charges were filed against the son and daughter-in-law of the former vice president and Delaware's senior senator for an hundred years, but why would the Wilmington Secret Service’s office, the same office that provided protection for the eight years that Joe Biden was vice president get involved?

The involvement of the Secret Service in the incident would be inappropriate given that Joe Biden and members of his family were not under Secret Service protection at the time, and the incident was investigated by the Wilmington police, Delaware state police and the FBI. 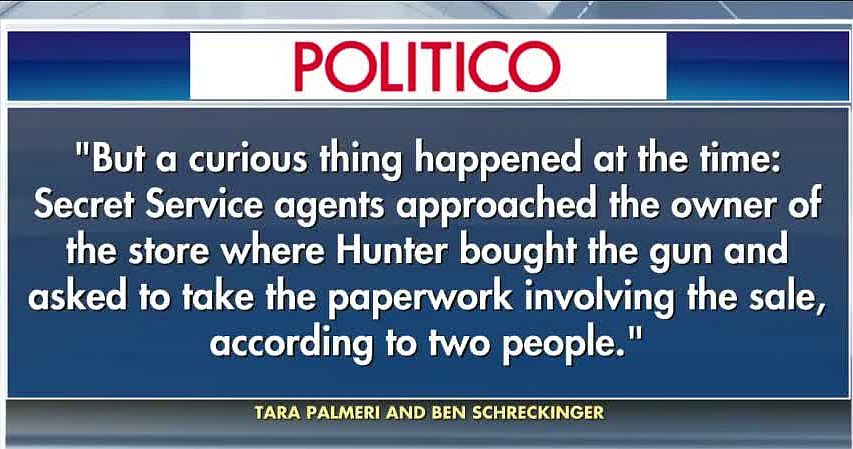 An Ohio-based blogger, Internet journalist, and gun enthusiast, David Codrea, wanted to know more about the incident and requested the records in November 2020. He filed suit in August 2021 after the ATF failed to produce any documents. The BATF responded to the second request saying it couldn’t find any records, then said it was searching for them, then reversed course again, and said it would not confirm the existence of any records, offering what is known as a Glomar response.

Codrea filed a similar suit against the Secret Service, but dropped it after the agency said it could locate no records about the episode.

On September 20th, this year, Judicial Watch filed a Freedom of Information Act (FOIA) lawsuit against the Department of Homeland Security for Secret Service records related to the investigation of Hunter Biden’s gun. 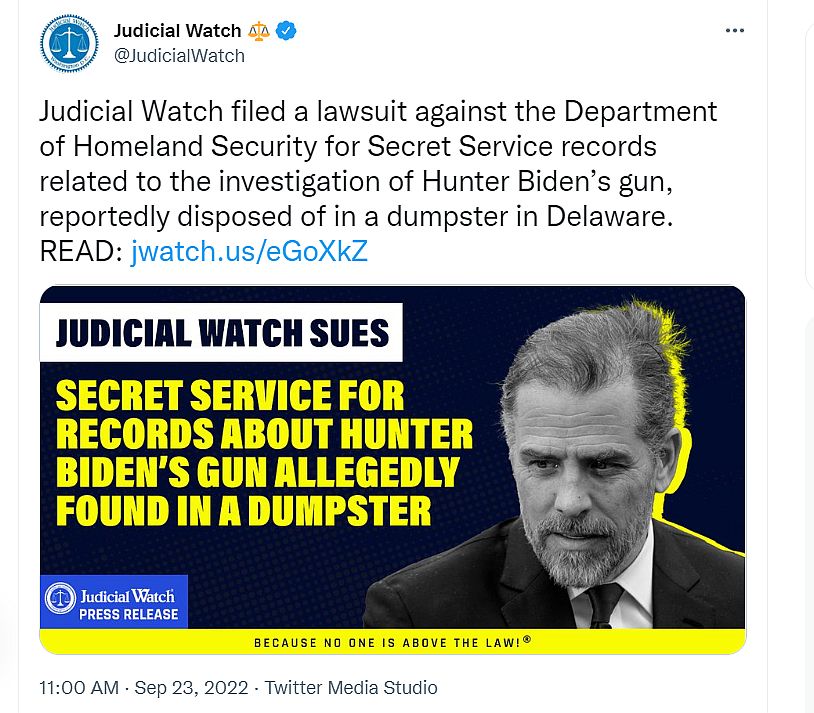 This lawsuit was filed in U.S. District Court for the District of Columbia after the United States Secret Service failed to respond adequately to a March 25, 2021, FOIA request for records or communications about the reported purchase, possession, and disposal of a firearm owned by Hunter Biden found in a Delaware dumpster circa October, 2018.

Judicial Watch has a hell of a batting average. If anyone can pry those records out of the feds, it is Tom Fitton.

Meanwhile, Hunter, who now identifies as an "artist," is currently living in a $20,000 a month three-bedroom, four-bathroom "resort style" rental in the affluent Southern California enclave of Malibu, while his "agent" sells his worthless art to people who owe, or want a favor from the Big Guy for absurd prices up to $500,00 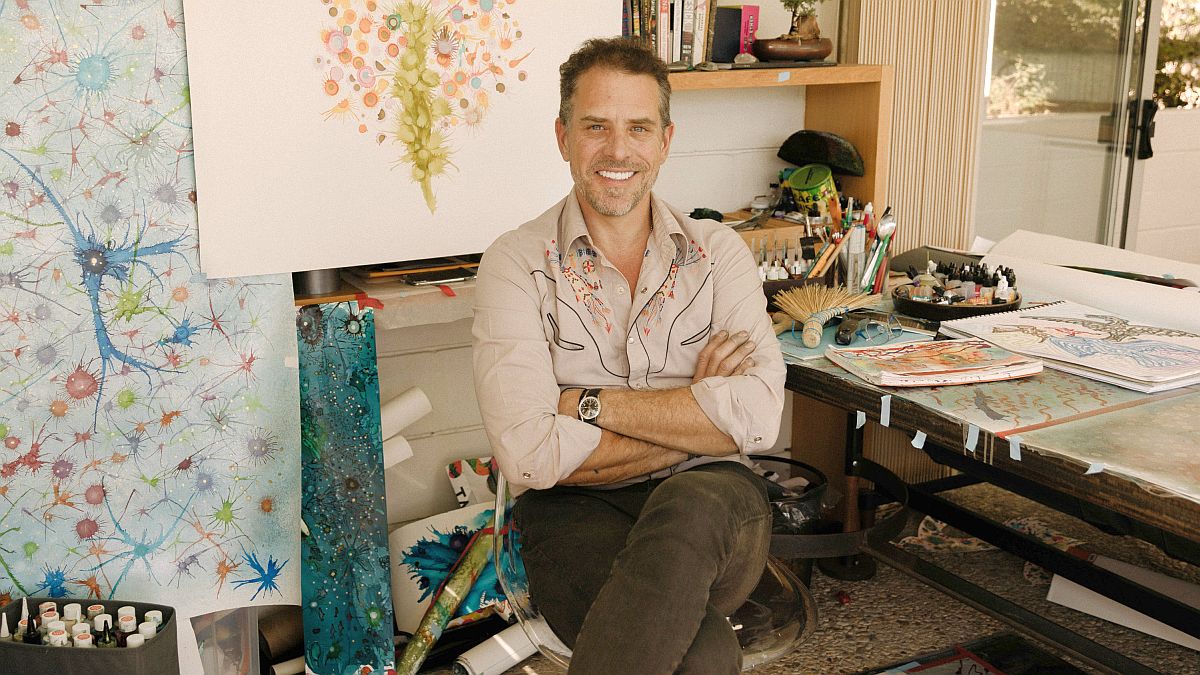 Go ahead, convince me that's on the level!

Hunter's Secret Service detail -- said to be the most dedicated in the service -- is posted in the six-bedroom, six-bathroom property next door. It is described in a property listing as a, "Spanish-style estate," with a gym, a pool, tasting room, and a "castle-like tower to the master retreat with wet bar," which, of course, is the reason for such dedication. 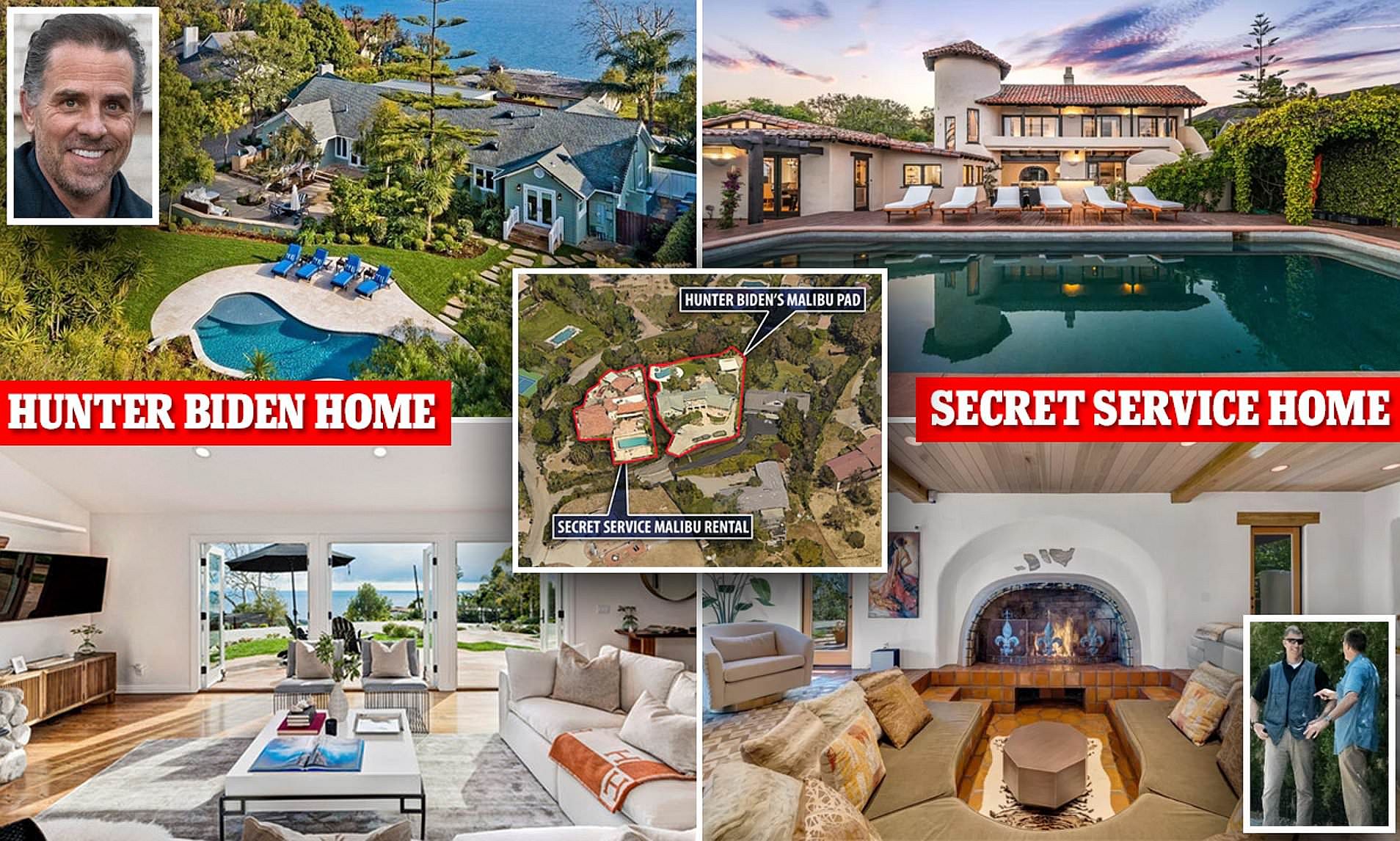 The Service is spending more than $30,000 a month to rent this beauty -- taxpayer dollars! It's worth it to The Big Guy, though. It keeps everybody away from the Wild Child -- especially people from the news media and drug dealers -- double-especially for drug dealers.

It makes you wonder, would this level of protection ever be accorded to one of Trump's sons if there was even the sniff of their involvement in a situation?

We all know the answer to that.