Horrifying story. Parents allege Florida school leaders held secret meetings with their child regarding her gender identity. They were only informed months later when she attempted suicide after a gender identity crisis pic.twitter.com/hicldewHNx

What kind of a psycho goes after a child?

2021 was a get year in turning the tide against the racism and Marxism of Critical Race Theory (CRT). There is still much to do, but the public is now aware that school children were being indoctrinated with the idea that they are this-that-or-the-other thing because of their skin color, but you can't take a breath with the Left, because here comes another attack on the culture with another of their pet theories, Queer Theory -- with a focus on transgenderism and grooming.

What makes this attack different is that it is directly targeting children, the least able to defend themselves. It's almost as if they are saying -- "if you're gonna fight us on CRT were gonna fuck up your kids!"

The Left isn't just telling 5 and 6-year-olds they're evil because they were born white, anymore. Now they're twisting their developing minds by having them question "who and what" they are, and that's just wrong! If it's a crime to molest a child's body, it should be a mega-crime to mess with their mind.

The Left has stopped playing around. Now, they are going after the kids and they don't care who knows it. From school boards to federal agencies, they're using the power of the state AND the media to help them do it -- criticism is met with cries of "homophobia" or "transphobia" -- oh! and they'll lie about it not happening, just like they do with the lie about CRT not being in the schools bullshit.

If you are not a parent or parent-aware professional, you have zero business meddling with any 10 or 11-year-old's sexuality or gender. It should be none of your damned business, but Queer Theory is deeply, though informally, installed in the schools through the teachers, who practice and advocate its elements. These, Gender People, regularly and actively attempt to cut the bond between the parents and the targeted child to affect a minor child's normal sexual or other development.

Your children may be receiving gender ideology indoctrination in school during their "genetics" units in biology class.

This is the case at Needham High School in Massachusetts, discovered by @DefendingEd.https://t.co/q7Ph4Fqwp8 pic.twitter.com/NWHjRMH66M

In Wisconsin, two sets of parents are suing the Kettle Moraine School District over a policy that allows minor students to change their names and gender pronouns at school without parental consent.

A California mother filed a lawsuit against two teachers and Spreckels Union School District officials, that alleges two teachers brainwashed her preteen to secretly change her gender without informing the teen's parents. The parents found out about their child's "transformation" when the school informed them their daughter was "trans fluid."

Kids don’t grow up thinking that boys can be girls and girls can be boys. These ideas are taught. Children are "groomed" into believing they themselves are transgender and that gender theory is a legitimate concept. This insanity is driven by the need of abnormal people to believe they are normal -- a variant of misery loves company.

The Human Rights Campaign (HRC) asserts that children are born not knowing what it means to be a boy or a girl. The HRC says learn they learn it from their parents, older children and others around them. Naturally. the LGBTQXYZ "experts" at the HRC are more than willing to relieve parents of that burdensome duty.

The push for childhood transgenderism is built upon the perverse and extreme view that children’s rights as individuals implies an autonomous ability to make irreversible decisions regarding their health. These activist have deluded themselves into believing the targeted child requires protection from parents and the mainstream culture -- and so they give it to them -- in secrecy.

The dangerous claim that children can meaningfully consent to puberty blockers, hormone replacement therapy, or genital mutilation is, besides itself being deeply harmful, also leading our society down a sinister path towards accepting pedophilia.

Liberals are on board with normalizing deviancy and willingly expose their developing children to all the perversions of the Left. It's nuts. They're nuts, but they are the parents. 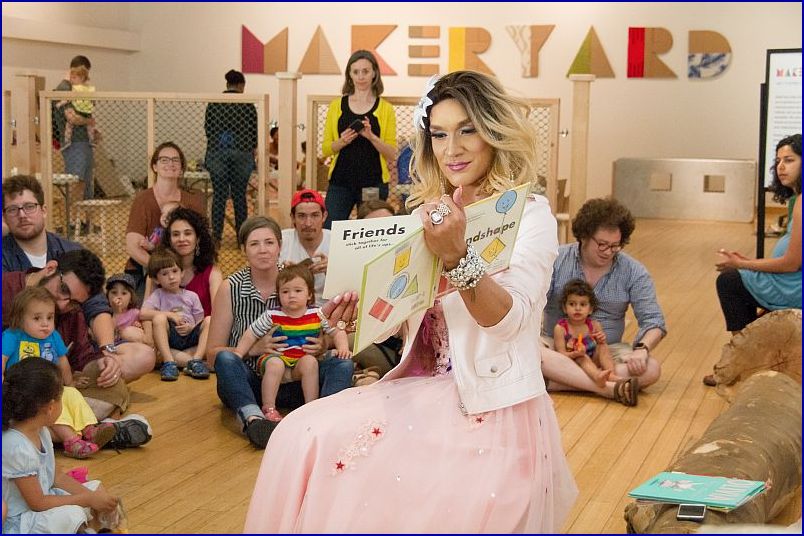 On the other hand, parents, who have the temerity to be concerned about their child's welfare are the real challenge for the gender warriors. It turns out that vilifying parents is the #1 grooming tactic of gender predators and they're good at it.. 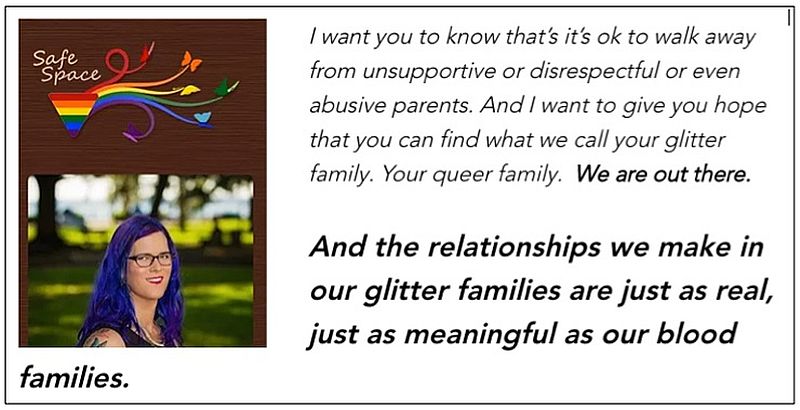 It's a formal process that is clearly being taught, learned and executed. There are examples all over the Internet. Here's one: 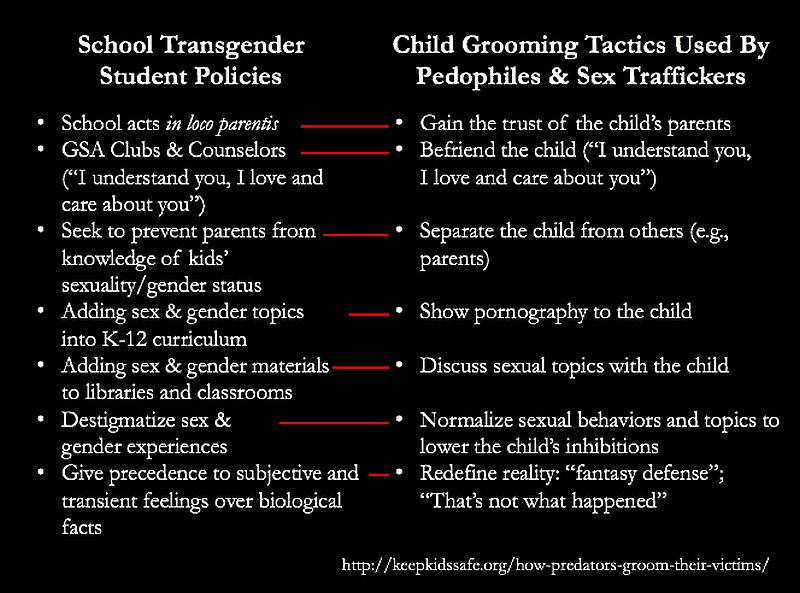 In-school gender activists are actively pursuing vulnerable kids in order to lure them into the gender cult. Gender and Sexuality Allies club leaders admit they poach kids from the counseling office. GLSEN, Human Rights Campaign’s Welcoming Schools program, the American School Counselors Association, and increasing numbers of school districts have codified their determination to keep sex and gender information about children from the children’s own parents.

The "After School" clubs are exceptional traps since nobody knows what goes on there. One teacher bragged about recruiting “the most emotionally unstable” kids for the LGBTQXYZ club.

Once they've convinced your little that girl he's really Malcolm, and your little boy that she is Shirley Temple, they'll probably introduced them to Satanism, simply because there is no low the Left can't go -- just because they can.

It isn't an accident that the number of kids who identify as LGBTQXYZ, especially trans and bisexual, has absolutely skyrocketed. If you think this is a natural or organic development, you're deluded. Google "childhood transgender support" sometime. There's an industry out there.

Just to be clear, if a kid grows up, over a number of years, to be Snow White, I'm OK with that. That's Ms. White's right. My issue is with the child predators who are singling out undeveloped, curious, vulnerable minds for the singular purpose of inserting himself, herself or itself into the life of a developing child. That some of these whack-jobs believe they're doing a "good thing," makes it twice as bad!

For that person, I can't imagine a punishment too harsh.