And It Was A Whopper! 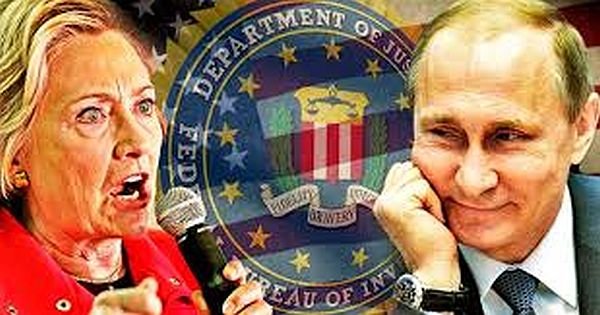 It's really John Durham against the entire Democratic Party

A big-time cybersecurity lawyer, working for Hillary Clinton’s 2016 presidential campaign, lied to the FBI about his motivation in volunteering to provide documents and other artifacts that alleged to show there was a computer link between then-candidate Donald Trump's organization and a Russian bank tied to the Russian government.

The kompromat that Perkins Coie partner, Michael Sussman, hand-carried into the FBI building, in two small jump drives, cost the Democratic National Committee and the 2016 Hillary campaign, a cool million dollars, and took dozens of paid agents and technicians months to compile -- out of whole cloth.

Sussmann's problem is that he left hard evidence that he was being paid by a client and he concealed the identity of his client. Sussman also hid his role in the conspiracy, where he got the data, and his motive for trying to convince the Federal Bureau of Investigation to open an investigation into a political rival of Hillary Clinton.

Former general counsel for the Federal Bureau of Investigation, James Baker testified that he wouldn’t have agreed to meet with Sussmann, a long-time friend, if he knew Sussmann was acting on behalf of the Clinton campaign, because of the fact that Hillary had been investigated by the FBI over her use of a private email server while secretary of state. Baker said:

Baker said Sussmann’s assertions -- that included a text message that Sussman sent the night before that said he’d be “coming on my own — not on behalf of a client or company — want to help the Bureau’ — led him to treat Sussmann as a confidential FBI source.

Baker also testified that Sussmann told him that a NY Times reporter was working on a story about the Alfa Bank data, and that the threat of news coverage:

In a phone call with Priestap, Baker vouched for Sussmann as a source, describing him as a “serious lawyer” with background in cybersecurity who previously worked in the Justice Department.

Baker told Priestap that Sussmann was not acting on behalf of any client, a detail Priestap recorded in notes that he took during the call, and which were evidenced in court.

Their notes, from that day, were recorded in the transcript of the trial:

The highest levels of Federal Bureau of Investigation accepted Sussman as a patriot and chased a lie for two years and tarnished the reputation of a good man -- and their own. The FBI never checked Sussman's stuff. They accepted it lock, stock and barrel. After all, it came from a "trusted" source.

We have seen people go to prison for lying to the FBI. Look at what the FBI did to Gen. Michael Flynn.

What should the punishment for feeding Russiagate to the FBI be? Russiagate was an illegal attempt to influence an election and then became a lodestone that the machinery of the Democratic Party hung around the neck of the president for four years.

What should be the punishment for that?

Durham has Sussman, by the shorts, and in a sane world, the jury would see that, but this trial is in Washington, DC, and there are at least three jurors that contributed money to Hillary's 2016 campaign -- so anything is possible.

The reason Sussman requested a jury trial in the first place, is in the hope that one juror will vote to acquit, because all the players in this movie know that even an Obama-appointed judge can't ignore Sussman's bone-headed text message -- the one that he left on Former FBI General Counsel James Baker's private cell phone.

James Baker is still trying to find out how Sussman got his private cellphone number.

Russiagate
is the biggest
political scandal
in American history