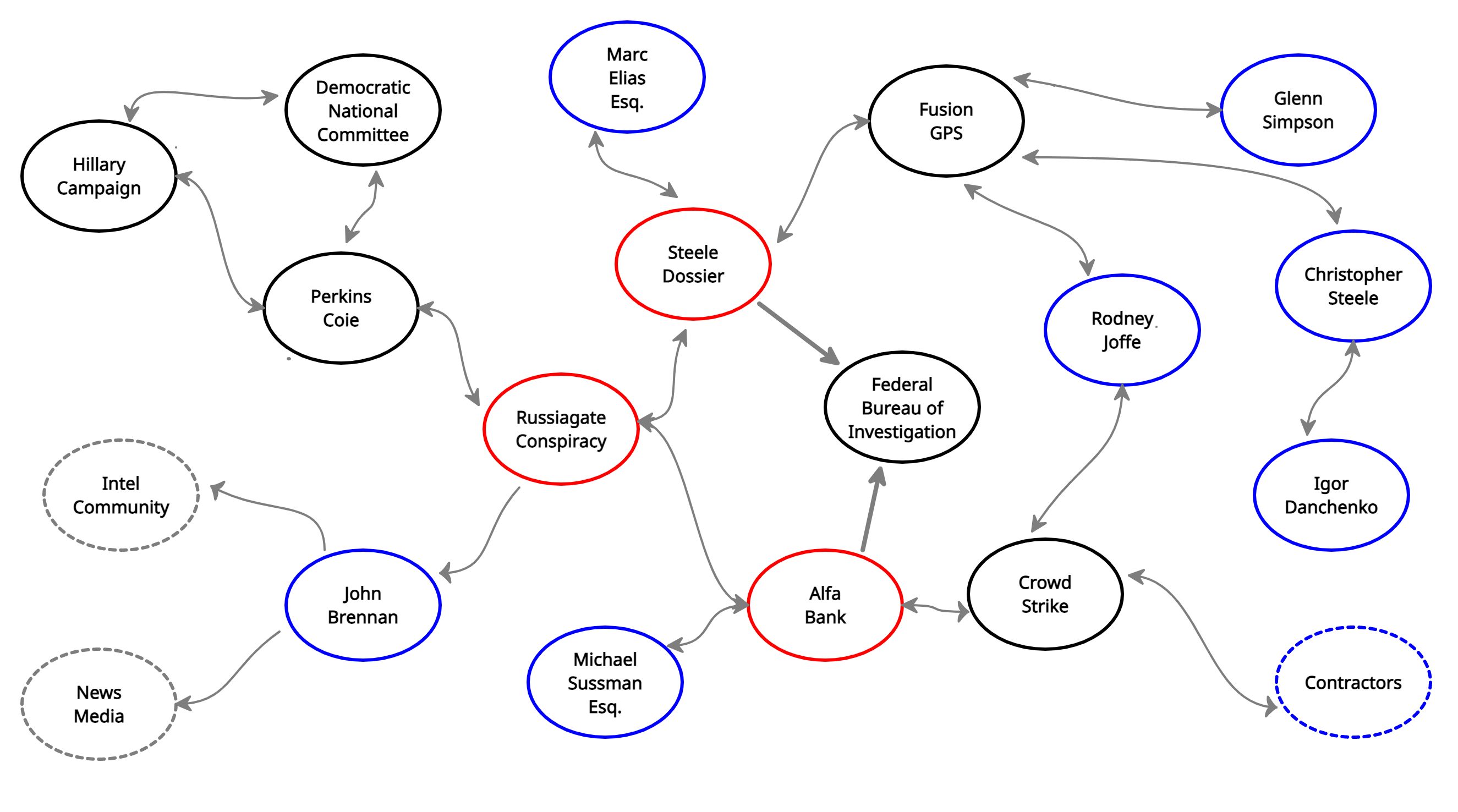 The Trump–Russia collusion narrative was essentially a fabrication of Perkins Coie, the lawyers for the DNC and the Clinton campaign. The information and artifacts produced by the conspiracy were peddled as facts to the upper levels of the FBI (among other government agencies) and to the news media, by Perkins Coie attorneys and their paid agents.

It's as simple as that.

Meanwhile, Hillary, her campaign workers and supporters, were free to tell the hungry news media anything, and it was published and aired the next day -- no matter how wild the rumor was.

Note: Although the formal lines of communication are clear in the map, the reality of the conspiracy was that everybody talked to everybody and they all shared. Inside the conspiracy, Russigate was a single operation.