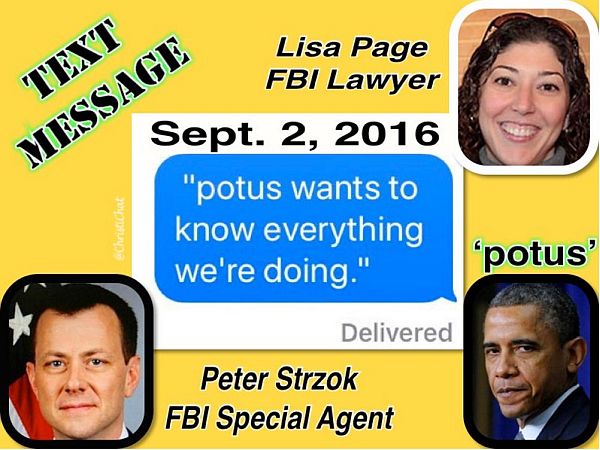 The FBI knew -- but they played like they didn't

That was five day before Hillary attorney, Michael Sussman, handed FBI general counsel James Baker 2 jump drives full of cherry-picked and hand-massaged Alfa Bank data that "suggested" there was a connection between Trump and a Russian bank.

The FBI always knew what was going on. They just made believe they didn't. It served everybody's purpose and everybody at the FBI was a Democrat except Comey -- and he had his own set of problems.

The FBI’s glaring lack of curiosity concerning the source of the Alfa Bank “intel” mirrors in many respects how FBI agents approached the Steele dossier -- if it wasn't about Trump or the Russian Bank, it was not part of the investigation -- you're welcome, Hillary!

The FBI knew Russiagate was bogus before the FISA warrants and investigations. Despite that fact, the FBI became an active participant in the conspiracy. They knew, or should have known, that the information they were receiving from Fusion GPS and CrowdStrike was bogus.

Yet, throughout much of 2016 and 2017, the FBI built cases against multiple Trump associates and the campaign itself for links to Russian officials, no matter how tenuous -- and the FBI broke the law -- repeatedly!

We learned years later from the inspector general's reports, congressional testimony, court proceedings, and DoJ releases to media that those investigations were marked by improper surveillance, entrapment, tampering with official documents, withholding exculpatory evidence, aggressive use of informants, leaks to media, and more.

From the FBI's point of view, Russiagate was about Russian election interference -- period! There were only two players in the FBI's movie -- Trump and the Russians.

Special counsel John Durham’s investigation, which led to Michael Sussmann’s trial, is an indictment of a department and a bureau which, once again, appeared willfully blind as they were played by Hillary Clinton’s campaign, but appearances can be deceiving.

The FBI knew exactly who Sussmann was — he’d represented the DNC when its servers were hacked, and blocked the FBI from conducting its own forensic investigation. When Sussmann purveyed supposed evidence of a Trump-Russia communications back channel, the bureau knew full well that it was getting political information from a partisan source. The evidence at trial showed that FBI headquarters concealed Sussmann’s identity from the bureau’s own investigating agents. The FBI’s investigation-opening document falsely claimed that the information had come not from Sussmann, but from the Justice Department.

Even when the information proved bogus, FBI headquarters directed that the agents open a full-blown counterintelligence investigation anyway. Trump’s obvious innocence made no difference.

You can’t prove a false-statements charge unless it is established that the investigating agency was fooled by the lie. In Sussmann’s trial, the proof showed that the cover story did not fool the FBI; it enabled the FBI, which was second only to the Clinton campaign in its commitment to pursuing the Trump-Russia “collusion” tale.

Everybody in DC knows. Nothing will come of it. The system is broken.