"D" Is For Diversity

Is it all it's advertised to be?

"Diversity," when applied to people, means a variation within a population and has been largely accepted by Americans as a good thing. 'Diversity is our strength' is commonly heard, but in recent years, the Left has adopted and adapted "diversity" and semantically transformed its meaning so that it now applies to the mostly-immutable human characteristics of people who have been pigeon-holed into a matrix of the "oppressor" and "oppressed" groups described in the Critical Race Theory (CRT) "intersectionality matrix." 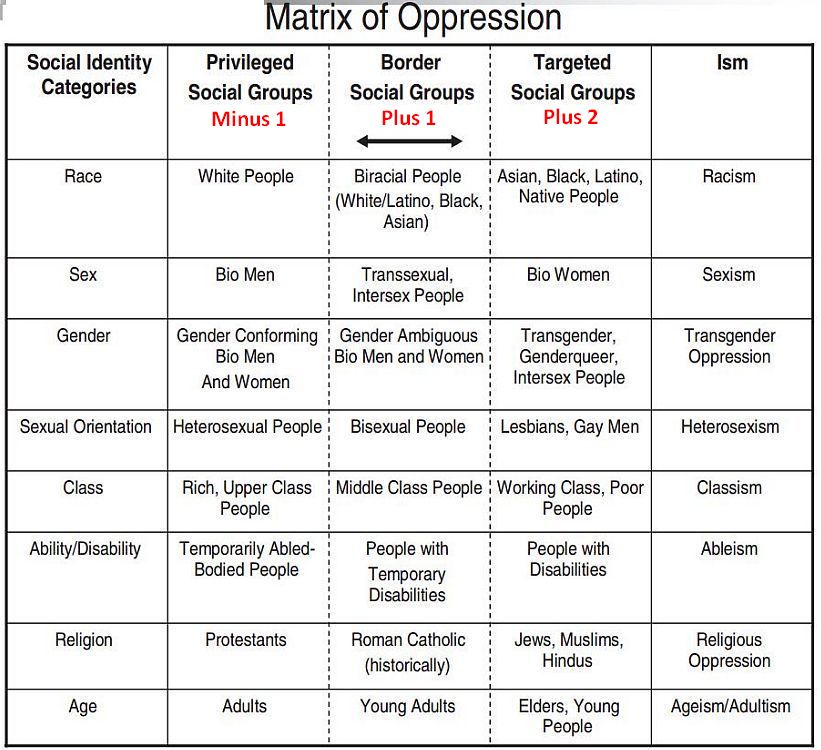 Leftists see "diversity" in government and industry as a zero-sum game. Hiring a candidate from the "oppressed" group is a good thing that also results in hiring one less "oppressor" candidate -- also a good thing.

At State Street Global Advisors, "company leaders" must receive approval to recommend a white candidate for vice-president or higher from a panel consisting of four to five people, one woman, and ideally someone from a different race than the candidate. State Street has set a goal to triple the number of black, Asian, and other minorities in senior positions by 2023. Executives will receive lower bonuses if they do not meet these strong equity targets. In a game this rigged, which "company leader" is going to put it on the conference table for a white guy?

Taken to its logical extreme, you can see where this could go.

For most people, going to work is work -- it sucks. People are not looking to the job as a place to work out race and gender issues. They want to show up at work as themselves and do their job without being discriminated against or punished for something they don't understand.

But to the Left the workplace is for pushing the agenda relentlessly, nothing else matters but the agenda and certainly not what you think or how you feel. Many on the Left are openly hostile to white resistance to "diversity" and other elements of CRT, especially white leftists, who believe white people are the problem.

To leftists, you only have "diversity" if you have enough people who aren't white and have ancestors that aren't from the United States of America, the United Kingdom, Canada, Australia or New Zealand and to a lesser degree, the rest of Europe -- and then it isn't enough, for the simple reason that it's never enough.

It's not like "diversity" is a raging success and actually works towards any end other than getting in the way of real work and putting people at each others throats.

Harvard Business Review reports that after Wall Street firms repeatedly had to shell out millions to settle discrimination lawsuits, businesses started to get serious about their efforts to increase "diversity," but unfortunately, they don’t seem to be getting the promised results.

Most "diversity" initiatives look and sound great. They are usually well-meaning too, but a vast number of these initiatives prove ineffective or fail within a year or two because of sincere ignorance. The details and depth of the strategic thinking behind the slogans and bullet points are as thin as the paper they are printed on. Worse, nobody is quite sure what "diversity" is, how you get it and what you do with it once you get it. What's important is to work feverishly towards it -- whatever it is.

It's not just big companies, run by old-white guys that have had negative experiences with "diversity." Marvel Comics conducted an experiment in "diversity" after the media organization noted that a great many of its superhero characters were white males. So its writers set to work repairing that sad state of affairs. The Mighty Thor became a woman. Iron Man became a teenage, African-American girl. People stopped buying Marvel Comics and revenues dropped.

The negatives are huge. There are "diversity" horror stories all over the Internet. One of the worst occurred after a WOKE consulting firm advised The Chicago Art Institute to fire all 122 of its docents, the art experts that volunteer to lead guided tours, because the mostly-white docents didn't reflect the racial and ethnic makeup of the community. Thousands of years of knowledge gone in the name of "diversity" in one day. These people won't be replaced for years, if ever.

"Diversity" is the political tool that the Left is using to strip away the identity and birthright of Americans of European ancestry -- to have people question their own identity and their place in the world. Last month, The Hill reported that 34% of the white kids that applied to Americans colleges or universities admitted to falsely applying as a racial minority.

The thing that the Left doesn't understand or doesn't care to understand is that "diversity" can't be forced. People have a natural resistance to doing things they don't want to do and "diversity" initiatives have had really bad results when forced on people who don’t want it. So "diversity initiatives fail, but the Left keeps beating the drum and extorting the corporations.

There is only one way to end the talk of diversity. Bring up "ideas." The Left wants no part of that. "Diversity" only encompasses race and gender, never ideas. Ideas, free ideas and the exchange of free ideas is Kryptonite to the Left. The Left is very, very afraid of the "diversity" of ideas -- and for good reason -- leftist dogma and their slogans always collapse when faced with reasoned debate and the lessons of history.

The problem is, the Left will not engage you in the discussion of free ideas because reason and debate are tools of the white oppressor and the white power system. The Left just prefers you do what they want you to do -- surrender.