The Democrats are lying, democracy is not on the ballot . . .

The only thing that's for sure, as we head into what many are referring to as the most important mid-term election since 1862, is that the People have the clearest choice for the direction of the country since World War II. They can continue to follow the Democratic Party over an economic and cultural cliff, or kick the Marxists and the Alphabets out of office and reclaim America and its government.

We didn't ask for this fight, but these damned leftists push, and push, and push, and they don't know when to stop. They have pushed us too far, and in directions too strange. It must stop. The Democrats have screwed up the country to a fare-thee-well -- the economy, inflation, the crime -- but their biggest mistake was going after the kids, and trying to fracture the family. That was the straw that broke the camels back.

Now they have to defend what they have done, and they are finding out the People don't want to hear it. They have been pushed too far. So, their first, and only impulse, is to strike back, and during last Wednesday night's address, Joe Biden did just that, focusing his rhetoric on attacking Republicans, and asking Americans to vote for Democrats to protect democracy.

"Democracy" is an interesting word. It means different things to different people. It's very flexible -- especially when used by politicians --and Biden's closing words, going into the election, were all about "democracy" -- small "d."

Democracy is not on the ballot, because democracy is not determined by the outcome of an election. Democracy is the election itself. Be advised, "democracy" should not be confused with "our democracy. Those are different things. Democrats use the term "our democracy" when they are referring to their collective Sodom and Gomorrah. Joe Biden used the word "democracy" 38 times in his speech -- and always as a metaphor for Joe Biden or the Democratic Party -- and the members of the Democratic Party were in full agreement.

What is needed at times like these is the rational thinking of the historian. Unfortunately, presidential historian, Michael Beschloss, is not that guy. Reacting to Biden's speech, Beschloss tells MSNBC that we "could be six days away from losing our rule of law" and that we "are on the edge of a brutal authoritarian system" where children will be "arrested and conceivably killed."

Bechloss told MSNBC's Chris Hayes, that "a few nights from now, we could all be discussing violence all over this country. There are signs that that may happen. May God forbid. That losers will be declared winners by fraudulent election officers or secretary of state candidates or governors or state legislatures."

House Majority Whip Rep. James Clyburn is 100% on board with this hysterical view, saying that if the Republicans win, "This country is on track to repeat what happened in Germany in the 1930s."

Nice house, James! Cool shades too, but your comments are absurd. You don't address the gas prices, the economy, or the crime that once again are the top polling issues for voters. Accoding to this cretin, the choice is democracy or the gas chamber.

The Democrats’ democracy-or-death mantra is not just demagoguery. It is the defamation of a constitutional system that has proven itself, time and again, to be up to any challenge. Democrats indeed may be in danger in this midterm, but democracy is not, and they demonstrate their corruptness by choosing this tack.

Our boy, Barry, having lost his mojo, chose to defend "democracy" by exercising Democrat Rule #1 -- blaminbg Republicans for doing what the Democrats have been doing for the last two years.

There it is. The great Obama is out of moves. the Democrats are out of moves. Their only move against the Red Tsunami that's coming on Tuesday is cheating, or otherwise gaming the electoral system. It's their last hope.

Democracy isn't on the ballot. They know that. What they are really saying, in the clearest language, is that the threat to their "democracy" is you, the American voter. To them, democracy means slavishly supporting Joe Biden and the Democratic Party. Anything less than that is treason.

You have seen this movie before. 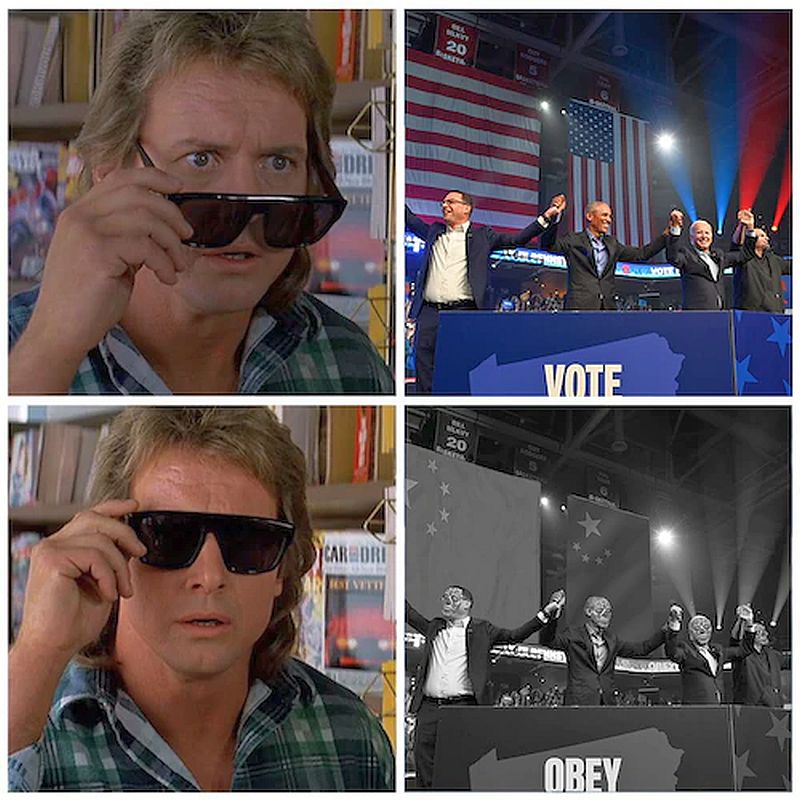