Joe Throws Hunter To The Wolves

Chief of Staff Ron Klain today repeated the new narrative being advanced in the media: “I want to just be really clear, these are actions by Hunter and his brother. ...They don’t involve the president.” It ignores considerable evidence to the contrary. https://t.co/jaivTrjMPi

The concept of a free and independent press is dead

Reports from Thursday's newswire suggest the weight of the evidence against a couple of very high-profile Democrats is finally swinging the discussion of their corrupt actions, even in the media, to the side of the righteous.

The Federal Election Commission has fined Hillary Clinton’s 2016 presidential campaign and the Democratic National Committee for violating federal law by lying in reports about its funding of the the dirty-tricks campaigns, known collectively as the Russiagate Conspiracy.

The Hillary Clinton campaign violated federal law by accepting political contributions from American citizens, and used those contributions to pay a foreign spy to produce a "dossier," sourced from his Russian contacts, that was based on lies.

Hillary's campaign then funneled the false document into the FBI, which, in turn, eagerly spied on President Trump using illegal warrants issued by the Federal Surveillance Court. Hillary's campaign listed the payments to Perkins Coie, the conspiracy's paymaster, as "legal services" and "legal and compliance consulting" rather than the real reason -- conducting a campaign of political dirty tricks.

The law firm Perkins Coie was paid $1,024,407.97 to produce the dossier. The DNC contributed $849,407.97 and the Clinton campaign, $175,000, according to the Washington Examiner. The Clinton campaign and DNC have not admitted to lying, but they also won’t contest the finding, making this the very first time that Hillary Clinton -- one of the most evidently corrupt politicians in American history -- has actually been held legally accountable for anything,

Hillary, being the classic sociopath she is, wasn't fazed in the least by the press reports that prove she ran a dirty-tricks campaign agains Donald Trump and the Trump Campaign. In fact, she ignored them totally while inventing a brandy-new conspiracy, jam-packed full of Hillary hallucinations -- she's quite creative. Just watch her face as the mad woman rattles on, and not one word has anything to do with the FEC finding. She ignores it completely and the press will do their very best to do the same.

Last Wednesday, The Washington Post became the second major news outlet to reverse course and admit that emails from the infamous Hunter Biden laptop are authentic and that they “illustrate the ways in which the Biden family profited from relationships built over Joe Biden’s decades in public service.”

This report was published nine months after WaPo obtained the details and a year and a half after the New York Post first reported on them. The Washington Post did it's duty. It buried information that would have damaged Joe Biden's campaign, creating a situation where the Democrats would have had to cheat even harder to obtain their corrupt 2020 victory.

Hunter's behavior is no big deal with the degenerates in the media, which is preoccupied with the queering of America's kids. The media Democrats are worried about the really damaging stuff, the stuff the media called "misinformation" -- the corruption of the Biden crime family, and especially, "10% Joe."

They are still covering the Big Guy's ass, as demonstrated by CNN's White House correspondent, John Harwood, who claimed -- just this week -- that “it seems pretty clear that Hunter Biden was trading on his father’s name to make a lot of money… but so far, there is zero evidence that Vice President Biden, or President Biden, has done anything wrong in connection with what Hunter Biden has done.”

Every word, written and unwritten, about Hunter's laptop by the Democratic media has been focused on avoiding any discussion of the "10 held by H for the big guy." Once you understand this, everything else makes sense. That's the "real story" hiding within the Hunter Biden laptop. 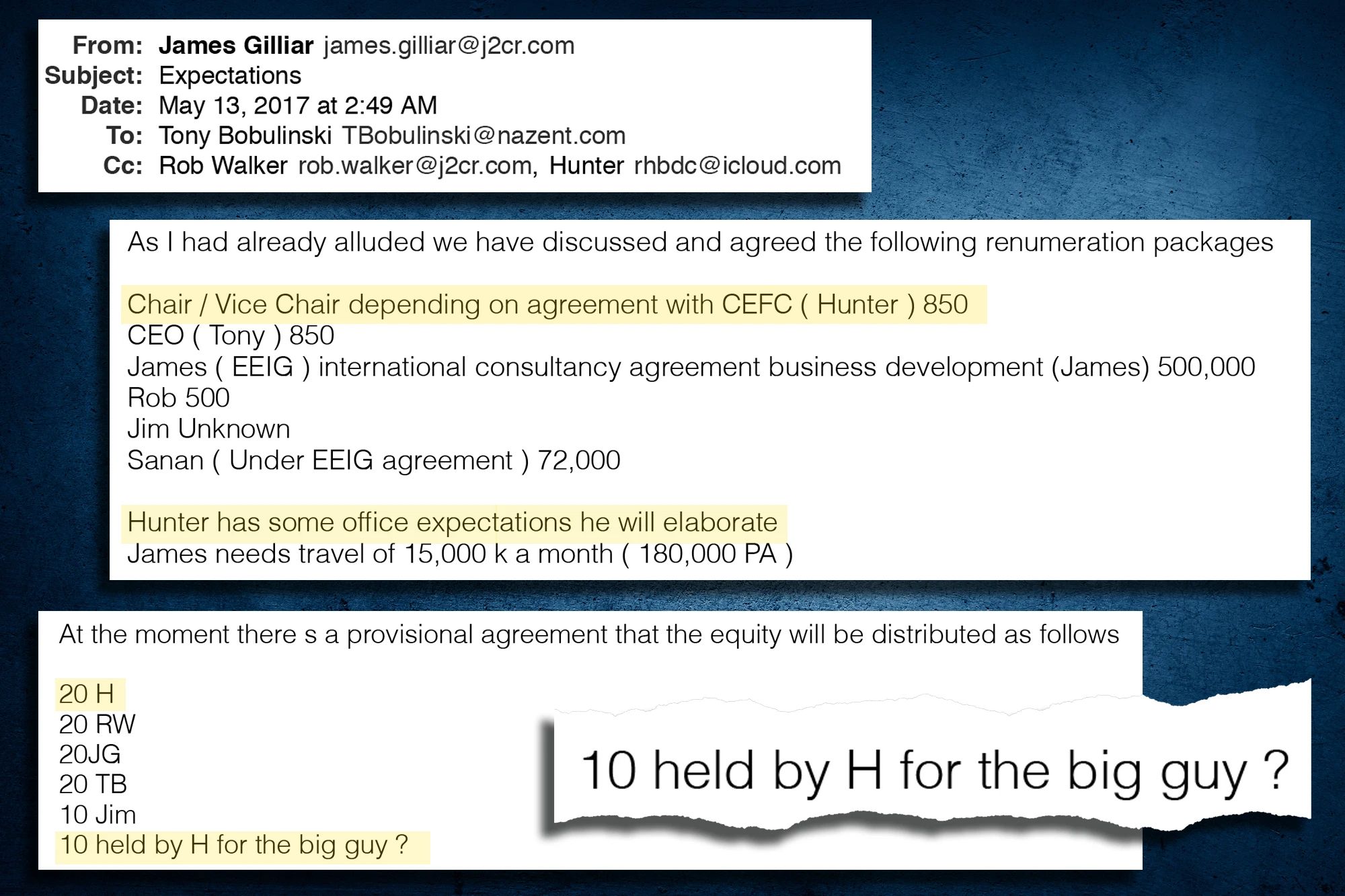 Over the course of 14 months, the Chinese energy conglomerate, CEFC China Energy, and its executives paid $4.8 million to entities controlled by Hunter Biden and his uncle. Joe's 10% take from that deal -- $480,000 -- cash!

Then there's Burisma. Hunter Biden received $1 million per year for five years for a no-show job. He was paid in monthly installments of $83,333.33. According to Reuters, "Biden never visited Ukraine for company business during that time." Joe's cut -- $500,000 -- cash.

Then there's the $3.5 million wire transfer from Elena Baturina, the richest woman in Russia and the widow of Yury Luzhkov, the former mayor of Moscow. The Big Guy only cleared $300,000 on that one.

At the time, the media's "fact checkers" dismissed these revelations as disinformation, calling it “laptop stuff.”

You may recall that the New York Post was censored on social media and labelled fake news for reporting these stories before the election. Social media posters were also heavily censored, and even banned, from platforms like Facebook and Twitter for sharing the NY Post's "disinformation."

The New York Times also did a complete about face, admitting that the story is real and not disinformation, but the Times did hedge some, claiming that the laptop's contents "can be both authentic and part of a disinformation scheme."

The first case, Hillary, demonstrates the Democratic media promoting a hoax that favored a Democrat. In the second case, the Bidens, the media buried a story that was unfavorable to a Democrat.

When the Founders wrote the Bill of Rights, they saw the "free an independent press" as a counter to the excesses of a totalitarian government. They did not envision the press as owing allegiance to one political party against all others, but that's where we are in 2022.

What we are witnessing is the complete corruption of America's press. What is referred to as the "legacy media" has become an auxiliary to the Democratic Party and is willing to do whatever it takes to support the party's destruction of constitutional America.

The media chose to amplify the Trump-Russaia collusion hoax in 2016 and to bury the Biden family corruption in October 2020, when it really mattered, and now, they admit they might have made some mistakes. Big whoop!

When the story is about the family corruption of a major political figure who was the Democratic candidate for President of the United States in a hotly contested election, and the American press looks the other way, you have a very big problem, and now that they have tasted tyranny, progressives want much more. These people are no longer even attempting to be subtle in their desire for more power and control over the message.

We have an election coming up in the fall. Does any serious person think these people will have a "come to Jesus" moment and toss aside their corrupt behavior -- fat chance.

Right now, the TV and print news bosses and the social media barons are accepting the fact that have to eat a little humble pie, but they are also preparing to pivot to some other "bombshell story" unfavorable to Reuplicans in the runup to the election and they won't give a damn if it's true or not. It just has to help Democrats and hurt Republicans. It's just the way it is.

They know that if they and their Democratic Party masters are unable to invent another massive story -- true or false -- they are toast in November. The Democratic Party has been taken over by hard-core, revolutionary Marxists and they won't let that happen -- whatever it takes!