It's Not A Hunter Biden Story


Is Joe Biden A Traitor? 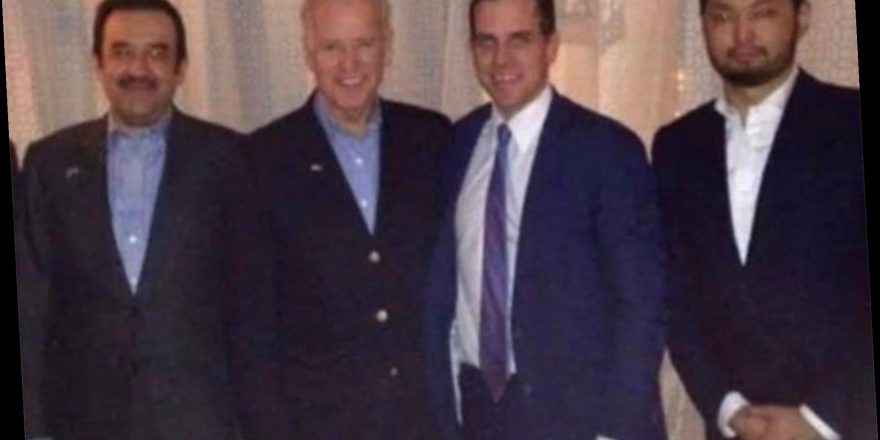 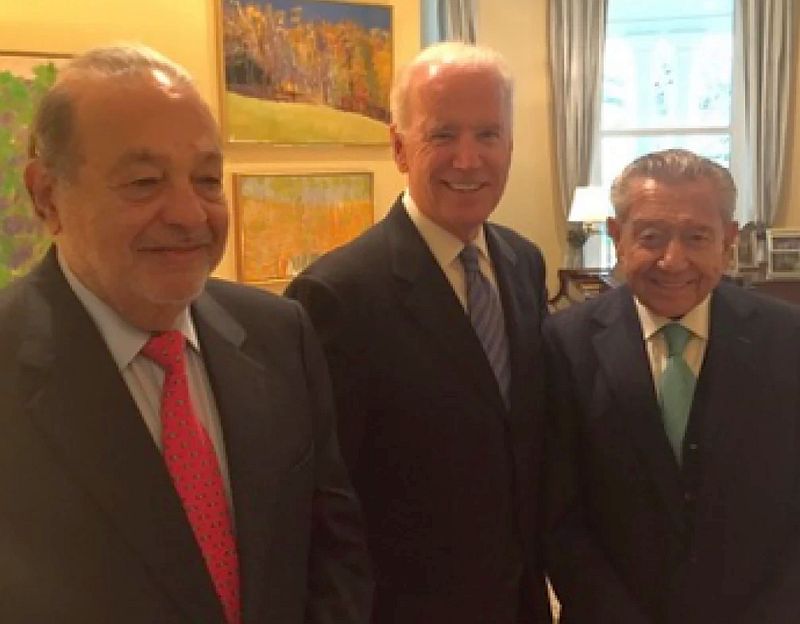 It's a Joe Biden story -- and it's a story of corruption

Joe Biden is, at the very best, the most unethical politician in the history of the United States, or, at the worst, guilty of selling access to his office and granting favors for foreign officials. This is serious stuff. It is actual influence peddling for profit -- to benefit his family and himself. To make things worse, it appears the FBI knows all about this corruption, and has chosen to do absolutely nothing about it -- except to bury it.

Hunter Biden, Joe's son, has been able, with his father’s help, to glean millions and millions of dollars for the benefit of the entire Biden family. The evidence so far is extremely clear, and indeed has the appearance of serious crimes and misdemeanors, perhaps even treason.

Red China's "Belt and Road Initiative," is a global infrastructure development strategy, adopted by Red China in 2013, that plans to invest in nearly 150 countries and international organizations. One of China's goals was to position Joe Biden as the front man for this gigantic project.

The BRI will recreate the Silk Road, an old network of trading routes between the East and the West, by investing large sums of money into other countries to build such infrastructure projects. 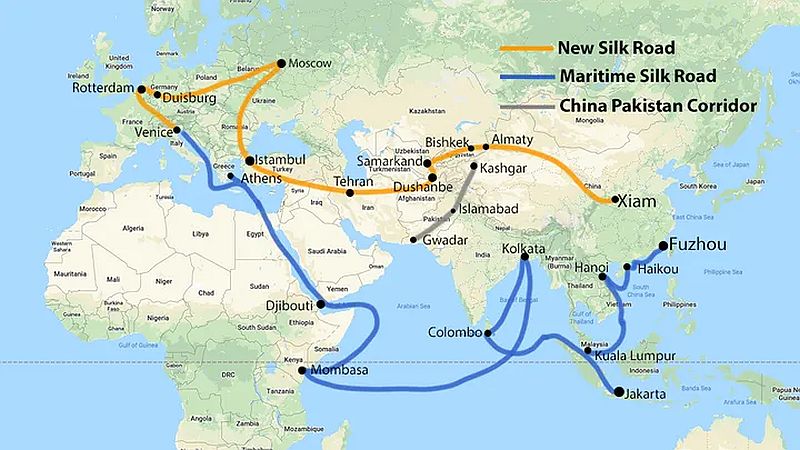 First announced by President Xi Jinping shortly after his election in 2013, the project will cost trillions of dollars in investment, and is expected to be completed later this century. It is widely considered to be Xi’s pet project.

Tony Bobulinski was hired by the Bidens to form a partnership with Wanxiang, a major Chinese company, and the energy firm at the center of Xi's global dominance project. Bobulinski makes it clear in this interview with Tucker Carlson, that Joe Biden functioned as the chairman of the board of the Biden Crime Family.

Bobulinski, a former U.S. Navy officer, told Carlson there are "hundreds of data points" showing Joe Biden was acting as "the chairman," and although he was not involved in the day-to-day operations, Bobulinski said that was essentially "Joe Biden's role in the family business ventures, and not just my venture," but many around the world.

You don’t get a more credible witness than Bobulinksi, a decorated former US Navy officer who held a Top Secret security clearance. He told Carlson, “I bleed red, white and blue. The American people deserve the facts.”

Yup! Joe Biden is being revealed to be a grifter who tolerated his own very compromised son’s illegal and immoral escapades in order to build his family’s wealth. Then he repeatedly lied about it. Not only did the Big Guy lie about his own criminality, he had the balls to lay it on President Trump during the 2020 Presidential Debates.

For the record, Hunter Biden received $5 million, paid in monthly installments of $83,333.33. That is exactly $1 million per year, and never once went to the Ukraine on business. Hunter did attend a few board of directors meetings on The Riviera.

Many of the recent revelations come from Hunter's laptop, the contents of which have been spilled onto the Internet, but the mainstream media has done its best to ignore its politically disastrous contents. Remember, none of this could happen unless the Democratic media cooperated.

There is a mountain of damning information emerging from that small laptop, like then-Vice President Joe Biden repeatedly meeting with Hunter from 2008 to 2016 after Hunter's meeting with foreign "business partners." Biden has repeatedly, and categorically, denied this, but the evidence is overwhelming.

As the New York Post recently wrote, “Hunter Biden met with his father at least 30 times at the White House, or the vice president’s residence, often just days after he returned home from overseas business jaunts.” Even more intriguing is the fact that Eric Schwerin, the president of Hunter Biden’s “investment company” Rosemont Seneca Partners, was invited to attend at least 21 of the 30 meetings.

As the New York Post noted, “Schwerin was a longtime Hunter Biden business confidante, and had access to the elder Biden’s personal financial information.” These don’t sound like family schmooze fests, but rather like serious business.

Joe Biden, who still insists he never spoke to Hunter about his son’s overseas business dealings, even met two executives from Wanxiang in the West Wing on July 25, 2014, according to White House visitor logs. Wanxiang America president, Pin Ni, and Wanxiang Resources Company president, Youhong Han, were at the White House for just over an hour after the last-minute meeting was scheduled a day earlier.

The question is, what deals and promises were made at all of those meetings?

The BBC last year reported that an “email from Hunter Biden in August 2017 showed he was receiving a $10 million annual fee from a Chinese billionaire for “introductions alone,” though it is unclear who was involved in the alleged introductions.

The BBC report added: “Another purported email … reportedly refers to a deal pursued by Hunter involving China’s largest private energy firm. It is said to include a cryptic mention of "10 held by H for the big guy." Bobulinski said that the “big guy” was a reference to Joe Biden.

In another segment, Bobulinski accused FBI agent, Timothy Thibault, of being a total fraud. Thibault was the lead agent in the Hunter Biden investigation, and in charge of investigating election fraud in the 2020 election. It was Thibault who placed the label, "Russian misinformation," on the information provided by Bobulinski, prompting fifty of the most corrupt worms in the "intelligence community" to sign on to a letter condemning the "Russian disinformation" four weeks before the 2020 election.

It's fair to say that Thibault is the reason Biden is president.

Bobulinski spent over five hours secretly being interviewed by the FBI on Oct. 23, 2020, about his inside knowledge of then-presidential candidate Joe Biden’s involvement in his son’s business deals with China.

Bobulinski gave the FBI the contents of three cellphones containing encrypted messages between Hunter and his business partners, along with emails and financial documents detailing the Biden family’s corrupt influence-peddling operation in foreign countries during Joe’s vice presidency, but his evidence appears to have fallen into the same black hole at the FBI as Hunter’s laptop -- never to be seen again.

Bobulinski told the FBI about the work Hunter, his uncle Jim Biden, and partners James Gilliar and Rob Walker did during Joe’s vice presidency, in 2015 and 2016, using the Biden name to help CEFC China Energy expand into Oman, Romania, Georgia, Kazakhstan and beyond. He told them about Hunter’s lucrative personal relationship with CEFC chairman Ye Jianming at the time the company was brokering China’s $9 billion acquisition of the Russian state oil giant Rosneft. Ye was arrested in China in 2018 after the deal fell apart.

Bobulinski also told the FBI about Hunter’s associations with oligarch Mykola Zlochevsky, owner of corrupt Ukrainian energy company Burisma, with Romanian billionaire Gabriel Popoviciu, and with retired FBI Director Louis Freeh, who was brought in by Hunter as a consultant to help Popoviciu escape corruption charges in Romania.

Bobulinski and his lawyer were given Thibault’s cellphone number and told that he would be their “point man” at the FBI thereafter, but neither Bobulinski, nor his attorney, was ever contacted again. Nor was Bobulinski brought before the Delaware grand jury investigating Hunter. The FBI put the evidence in drawer and simply forgot about it.

My first presidential vote was for Jack Kennedy, and my second was for Barry Goldwater. During the 1964 campaign, John A. Stormer published a book with the title, "None Dare Call It Treason." The title was taken from the poem, "On Treason,"by John Harrington.

Treason doth never prosper; what's the reason?
For if it prosper, none dare call it treason.

Its premise was that the United States was being sold out to Communism by its “liberal elites” who were pro-communist, and thus wanted the USSR to win the "Cold War," but the point was clearly made. If you shoot at the king, you better kill him, because if you don't, it's your life that is forfeit.

But that's where we are with the Biden family.

The 2020 election was decided in the Electoral College by thousands of votes in three states. Had the Hunter Biden laptop story not been spiked as "Russian misinformation," most analysts agree that Trump would be president today. Don't let this stuff be buried again by the Democratic media. Please share this information with your friends and associates -- spread the word -- put a link to this essay on your social media page -- if we can take Congress in November, we can stop these people, once and for all.